If you own an xbox 360, there's really no question about whether or not you should play Mass Effect. If you own a 360 and you don't know what Mass Effect is, then you probably don't play many games, and shouldn't have a 360.

Please excuse me while I get my nerd on... 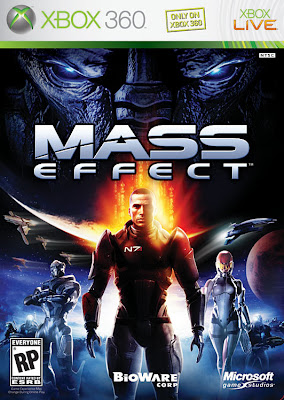 I've just beat this monster of an rpg (actually, the game is only about 20 to 30 hours) and I don't know what to do with myself. I'm completely overflowing with excitement for the game that the only outlet I felt that would do anything right now is to type it out, hence the new post. This game is a good example of something that's greater than the sum of its parts. The visuals, the combat, role-playing, sound and best of all, the story all come together to create an amazing and credible universe that you want to explore. Speaking of story, WOW. The complex plot and numerous revelations in this game blew me away. When you're policing an entire galaxy, traveling from one space cluster to another, ensuring the safety of all life as you know it, the word "epic" barely begins to describe the plot. I think I can safely say that this is one of the best science fiction stories that have ever been told. I won't say much about what actually happens in the story as I don't want to ruin it for those who'll be playing the game. All I'll say is that there is an ancient threat returning to the galaxy and you, a measly human, are the only hope.
The sound in the game is just as good, and you probably won't hear any voice acting better than this in some time. The amount of recorded dialogue in the game is a bit ridiculous, but in a good way. It just goes to show how passionate the people who were making this game were. I'm also in love with the music. Any music that uses 80's style electronica and synth beats are always a plus. Calling the music saturated is a good way to describe it. It's very thick and filled to the brim with darkness and wonder. Its ominous tones well suit the kind of evil you face in the galaxy, and the more fun, futuristic melodies help ground you in the colorful, technologically advanced societies.

Agh, I could go on and on. Oh, and one more thing I'll say about the game is that they force you to make some pretty difficult decisions. You know, defending the galaxy ain't all that easy. I'll leave it at that, heh.

Anywho, play the game! If you don't have a 360 that sucks...but you can always buy one...and then play the game! Otherwise I'll only have one or two people I can talk to about Mass Effect... -__-;;

Here are some pictures of the game for those who aren't familiar with it. Yes, I'm that excited. 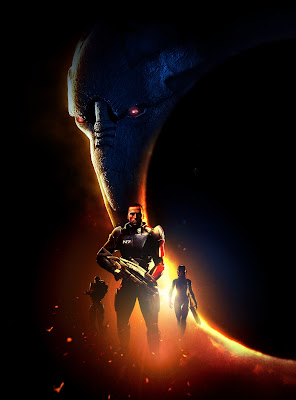 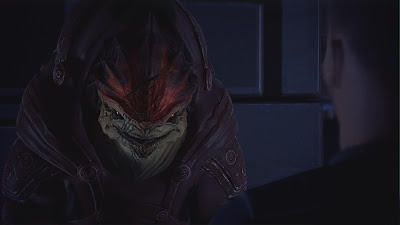 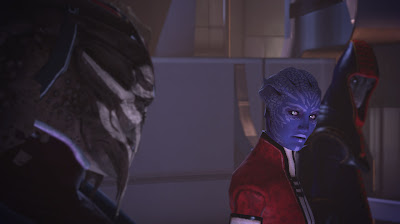 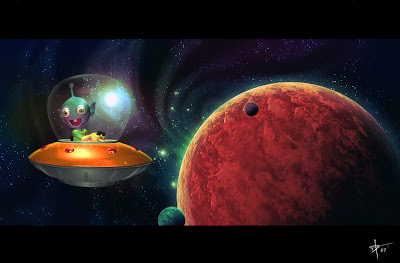 - Still conceptualizing how my thesis will look, using the same background picture over and over. Eric helped me out a lot with this giving me the cinammon swirl suggestion and adding more color/saturation to make it more cartoony. Thanks!

- This is a rough edit of my thesis so far. There are some funky areas like the last shot's transition. But for the most part, this is it. I'm open to any suggestions as I still have tons to learn about animation, so if you guys have anything to say, hit me.

Welp, I've enjoyed my brief return to the world of this so called "b-logging". Expect me to return in another four months.