So I'm in a Batman phase these days. :d Been re-watching the animated series recently... It's too bad that there are no cartoons out there like that now. O_o Some of those episodes are so well made, animation and story wise. Anywho, some sketches! 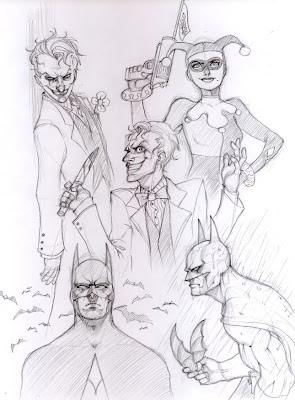 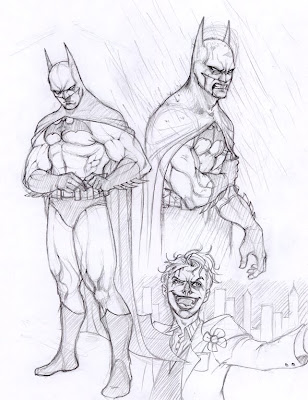 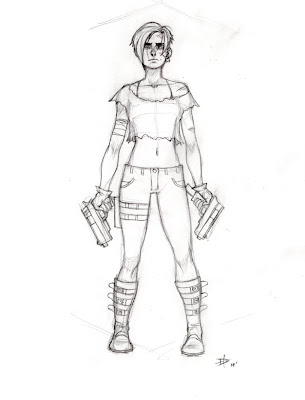 And one random old drawing of Regina to top it off. :)

That's it for now, let's see how long I manage to neglect my blog this time. Peace!
Posted by David Han at 6:27 PM 5 comments:

So I'm going through another "what the hell is the point of everything zomg galaxies and the UNIVERSE!!@$!^%@" phase...

I think we're all important. Each and every one of us have so much in our minds and our hearts... an immeasurable significance in all of us. In every person, there lies value... Pure and raw. Yea, even that douchebag over there. So it pains me to think of how when somebody passes away, all of those memories, all of that information, the joys, the pains, and the experiences inside that person vanish as well. That's why it's so hard for me to believe that that's all there is to this funny little thing called life. My mind rejects this notion like a foreign substance in my body. Do we really just live to eventually pass on and amount to nothing in the end? If so, why should I go on living. It just feels so pointless.

Today I visited my grand dad in the nursing home with my family. He's frail, at a pretty old age, and doesn't remember much these days. Names come and go, and whenever he does remember somebody, it takes quite a while for him to do so. I was never really close to him and honestly, like the jerk I am, I never really cared too much. But today, something happened. He became more than just a "grand dad" in my eyes. I saw him as a person with a lifetime's worth of experiences, as a person who loves, receives love, and as somebody with value and history. Like I said, he really doesn't remember much, and doesn't know what's going on most of the time. But when my grandma started clapping and saying the words to an old song they used to sing together, he immediately remembered it and sang along. It just goes to show how much of a strong memory he has of the song, of singing it with my grandma and how important it is to him. Obviously I was touched, and as I watched them singing, it suddenly became clear to me that these two have lived full lives together, filled to the brim with experiences and journeys I've never known about. Sometimes my family would ask my grand dad a simple question and he'd pause in deep thought, only to give us a totally nonsensical answer. We'd all laugh at just at how silly he sounded... It was a good time, but also bad... because beneath the smiles and the laughs, the thought that he'd be leaving us in the near future became ever prevalent in my mind. And in his current state, I can't really get to know him any better than I do now, because he doesn't even recognize me. One day, he will pass on and everything that makes him who he is, his essence, will go as well. 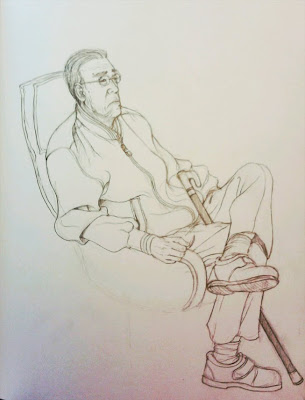 I haven't made an entry like this in a long time, but I felt it important to document how I was feeling today. In the end, a forgotten experience is a useless one.
Posted by David Han at 7:17 PM No comments:
Newer Posts Older Posts Home
Subscribe to: Posts (Atom)