I've now been wailing on my guitar for approximately one and a half years... I'd like to think I'm pretty consistent with playing and learning, and that I've been progressing at a satisfactory pace, but then I'll see some kid prodigy (or Paul Gilbert) on youtube and it totally crushes my dreams, ha. -__-;; Still, the most important thing is to have fun while playing... and for me, playing guitar has never been a chore. Instead, it's been a crazy fun journey from the day I picked it up, and I've got a gut feeling that it won't end anytime soon. Woo!

Anywho, I started recording stuff in GarageBand recently and thought I'd post some of my random playing... I'll reach all my guitar idols' levels some day! (...20 years, give or take)


(I didn't know how to post just an audio file, so I added a silly picture to complement the silly playing)

And while on the topic of guitars... Just thought I'd share some of Gary Moore's playing! If pouring your soul into an instrument were a sport, he'd a be fuckin olympic champ. Funny guitar faces abound, yes... but when you can move an audience like he does, nothing else matters.

Oh yea, and here's another inked picture I made... Inking can be extremely meticulous and exhausting, but damn it's fun. :D 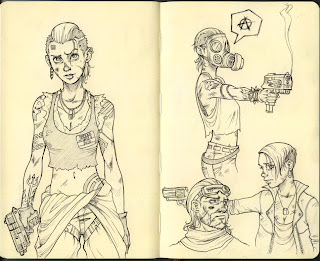 Welp, I've got more mental vomit that I wanted to spill out on my blog, but I think I'll save that for next time... Peace!
Posted by David Han at 1:09 AM 1 comment:

Haven't inked anything in a while. Well... plop! Here's something. :) 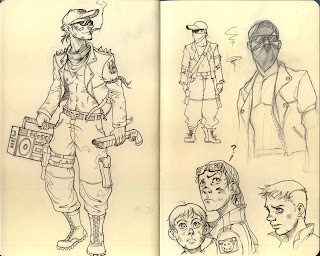